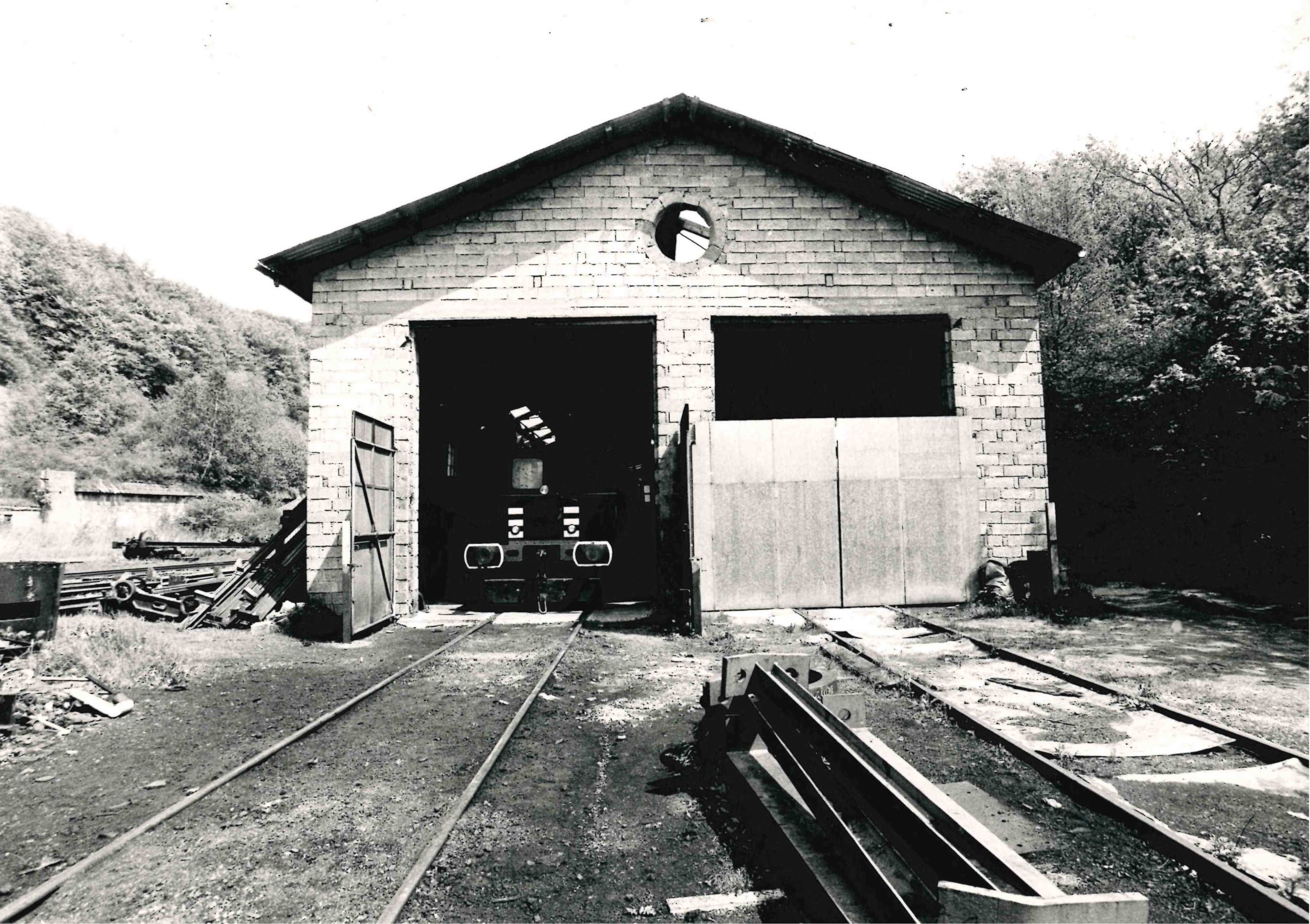 With the aim of running a historic train, volunteers started work in Fond-de-Gras in 1970. There were only a few buildings left on the site from the mining era and, above all, none to store the material. The members of Train 1900 then started building the shed. However, as the work depended on the financial income, skills and availability of the volunteers, the construction took quite a while. The building was completed in 1984 and received a new façade and roof a few years ago.

These sheds are of utmost importance for the preservation of the locomotives and wagons. This is because the material, which is usually over 100 years old, must be protected from the weather, but also from vandalism.

Description of the photo

The photo was taken between 1985 and 1988.
On the right are the beams made for the transport of locomotive Anna No. 5, which took place in May 1985.
On the left side is the water tank of locomotive ADI 12, which was put back into service in 1989.
Along the shed are the parts of Hall 2 that were dismantled at Paul Wurth in Hollerich by the volunteers of Train 1900. This shed was rebuilt from 1987/1988 by the Quiring company from Esch with the help of the Institut national pour le patrimoine architectural.

Chronology of the railway sheds

Work on Hall 1 began in 1972. For years, the walls were just high enough to prevent the windows of the carriages from being vandalised (about 3 to 4 m). Later, the roof was made of aluminium sheets salvaged from the MMRA factory (Métallurgique et Minière de Rodange – Athus) in Rodange. From then on, the volunteers no longer had to cover the locomotives and wagons with tarpaulins to protect them from rain and snow. In 1984, the volunteers proudly inaugurated their first railway shed.

In 2002, Hall 3 was added to the existing structure so that the “ProActif” employment reintegration scheme could work on the site all year round and support the volunteers.

In 2017, thanks to the support of the municipality of Pétange, ProActif is carrying out a facelift of Hall 1 with new sheet metal cladding on the roof and a new electrical installation. 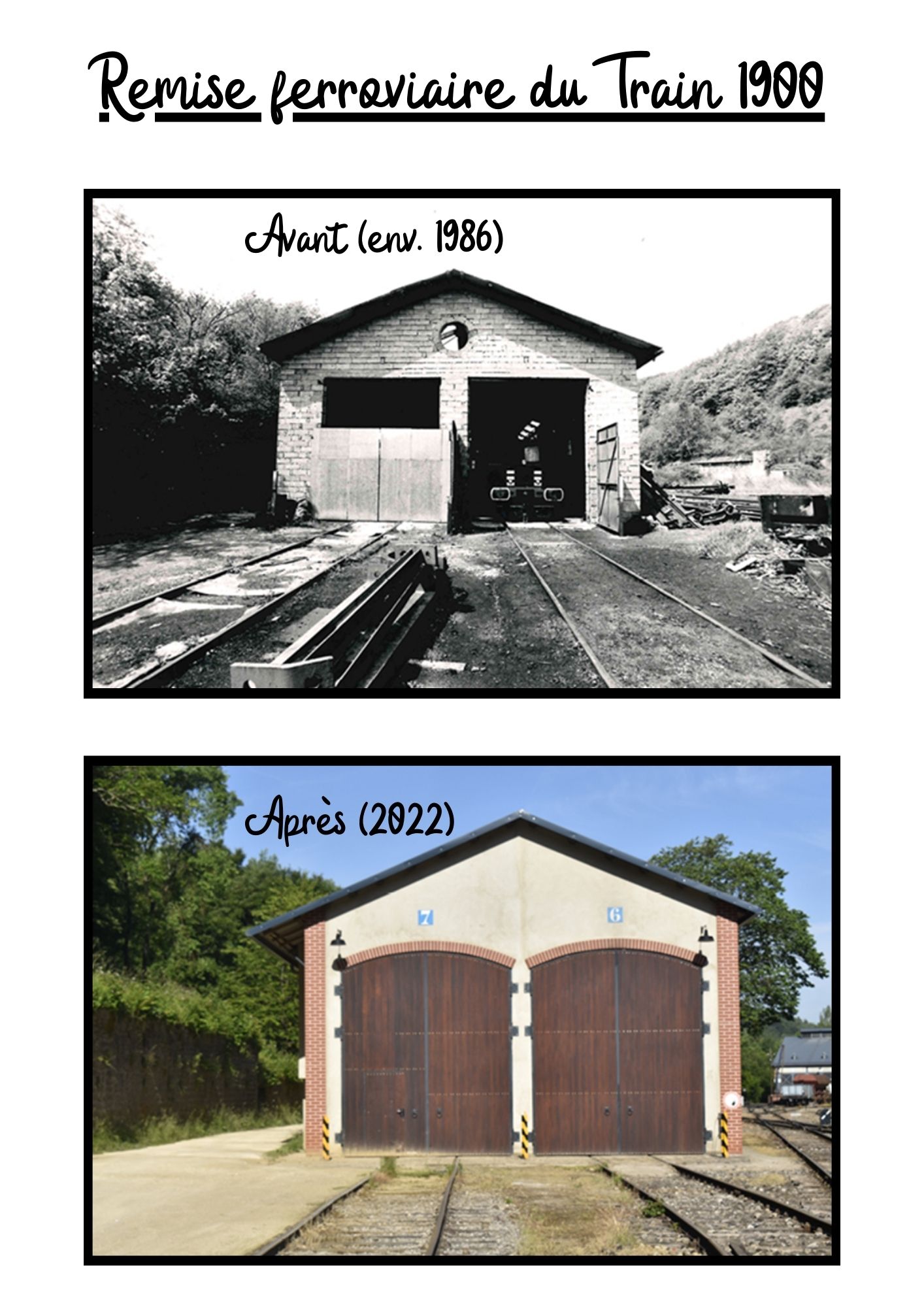