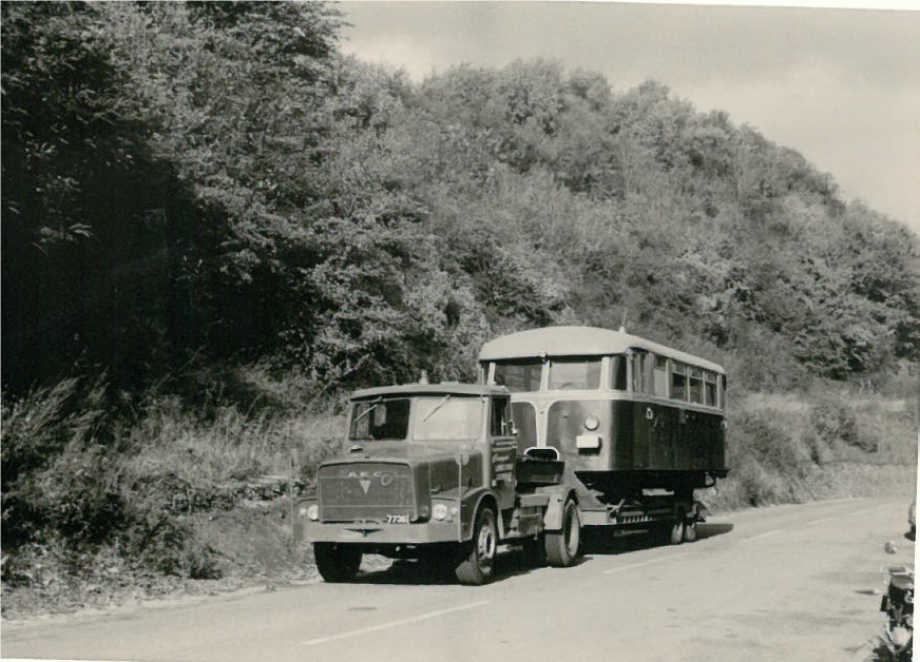 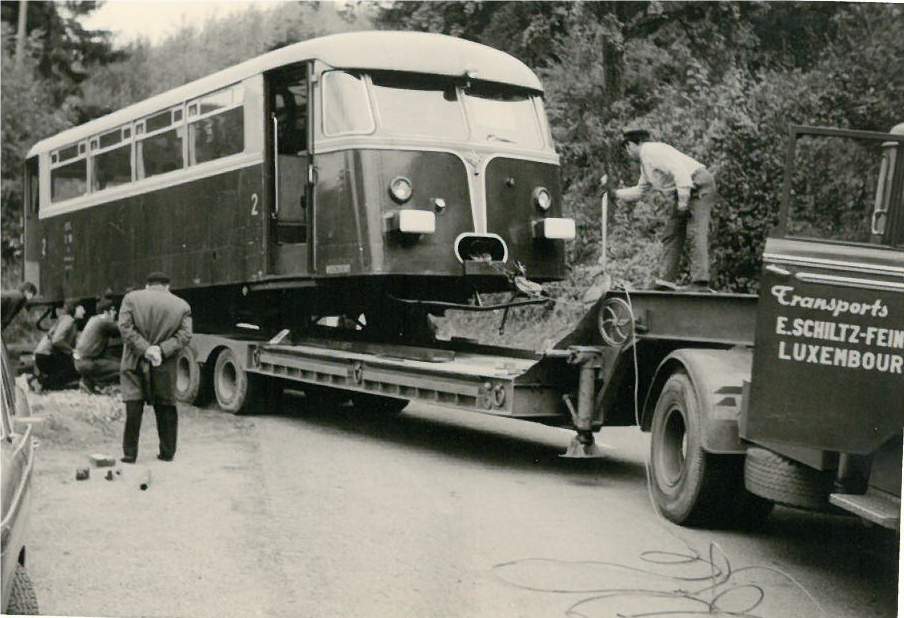 The Uerdingen rail bus celebrates its 70th anniversary, 50 of them in Fond-de-Gras!

The Z 151 railbus from the German company „Uerdingen“ was the first vehicle of the Association du Train 1900. Here is a tale of its arrival in Fond-de-Gras just 50 years ago.

In 1951, 10 railbuses of this type were delivered to the Chemins de fer luxembourgeois (CFL). This delivery followed a prototype series of 10 similar vehicles delivered to the Deutsche Bundesbahn. In Germany, these vehicles and the later series of several hundred vehicles were called „saviours of the branch lines“. In Luxembourg they were to fulfil the same function. For on the Attert, Sauer and Wiltz lines, this modernisation brings greater comfort and lower costs compared to the steam locomotive with wagons. Although this measure delayed the closure of these lines, it could not save them. Against this background, most of the „Uerdinger“ were taken out of service in 1967 when passenger services on the Attert line between Pétange and Ettelbruck and between Wiltz and Benonchamps (B) were discontinued. Only three vehicles remained in limited service. The definitive end of their CFL activity was set for 31 January 1970.

Train 1900, active in Fond-de-Gras since the end of 1969, wants to save one of these railbuses. Technically, the system is not complicated, consumption and maintenance requirements are modest: the perfect unit to start with. As Train 1900 had very little financial means, the Syndicat d‘Initiative de Pétange decided to buy the Z 151 railbus to put it at the disposal of the young association. After some price negotiations between the CFL and Train 1900, the Syndicat d‘Initiative settled the bill and the transfer could be planned. 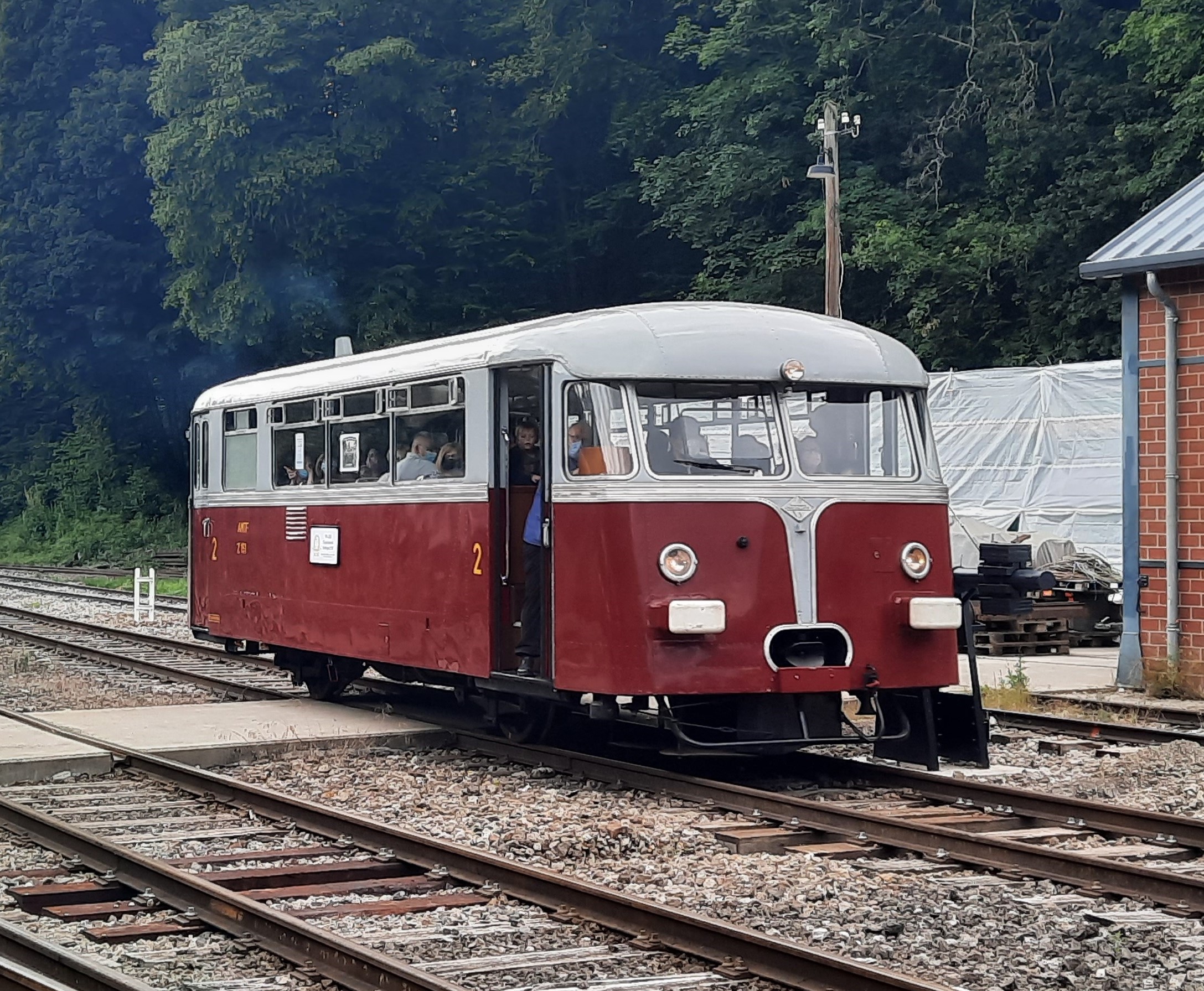 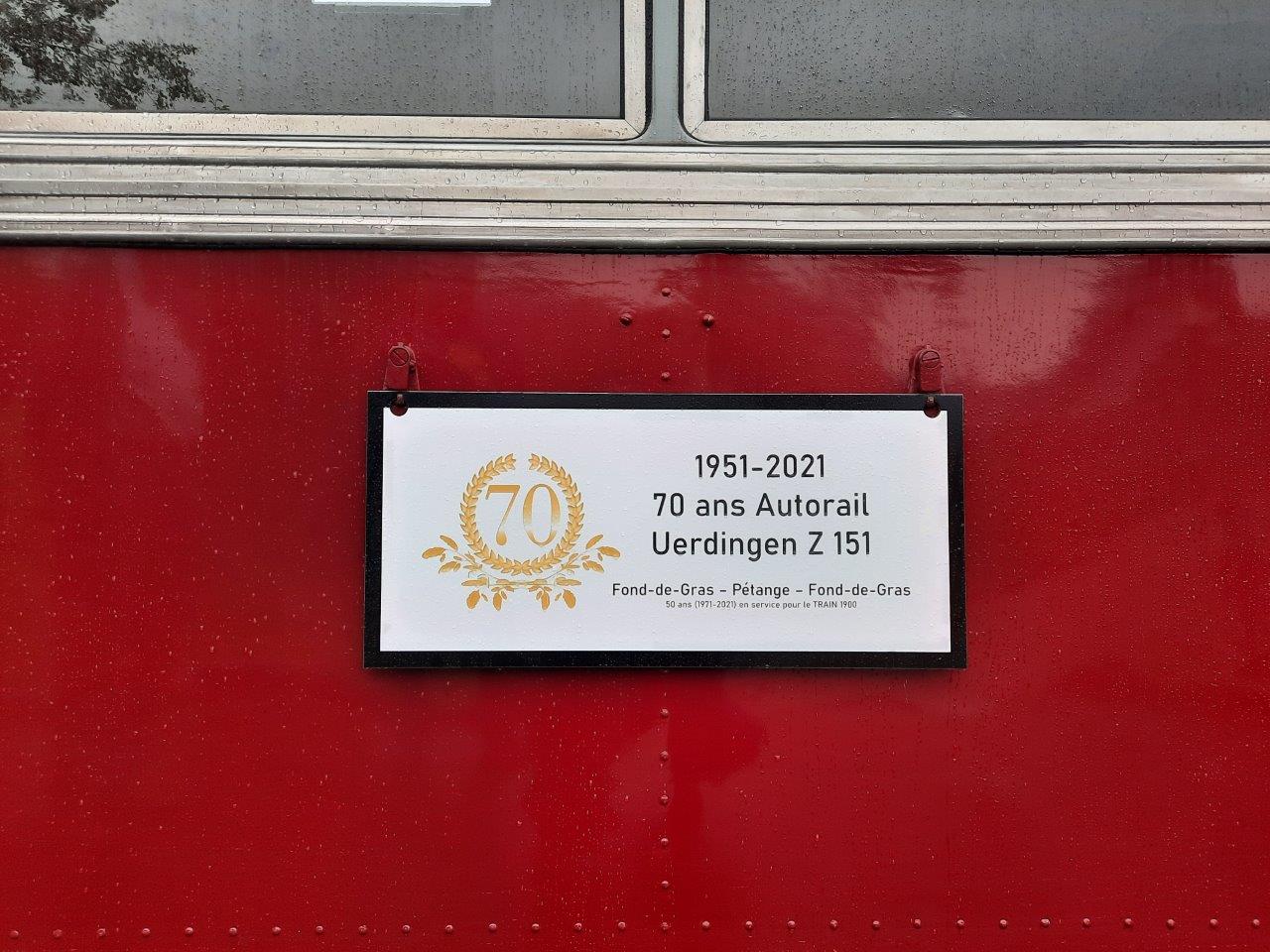 At this time, the railway line between Petingen and Fond-de-Gras is not passable, so a road transport from Pétange to Rodange (today‘s terminus of Train 1900 Bois-de-Rodange) is necessary, which takes place on 18 October 1971. The Schiltz-Feinen company from Bertrange carries out this first transport, the first of a long collaboration. At that time, this company was the only one in Luxembourg with a semi-trailer suitable for the job. The loading takes place in the yard of the CFL workshops in Pétange. For the unloading in Rodange, the volunteers had built a ramp in anticipation of the difference in height between the loading area and the tracks to allow unloading without a crane. Because of the bridges, the height of which was not sufficient in Pétange, it was necessary to drive over Niederkorn. A former rail bus driver who lives in the area brings the vehicle safely to Fond-de-Gras, so it has been running there for 50 years.