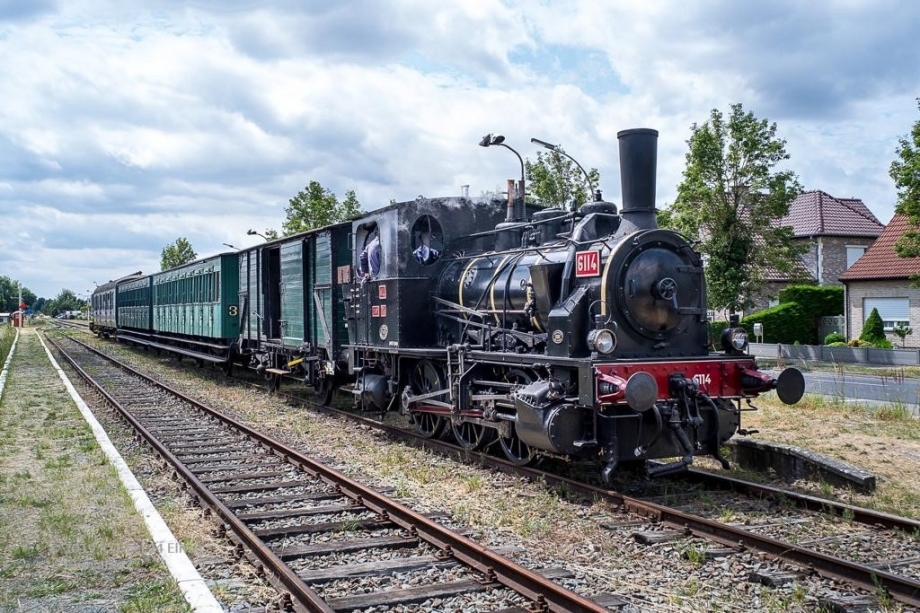 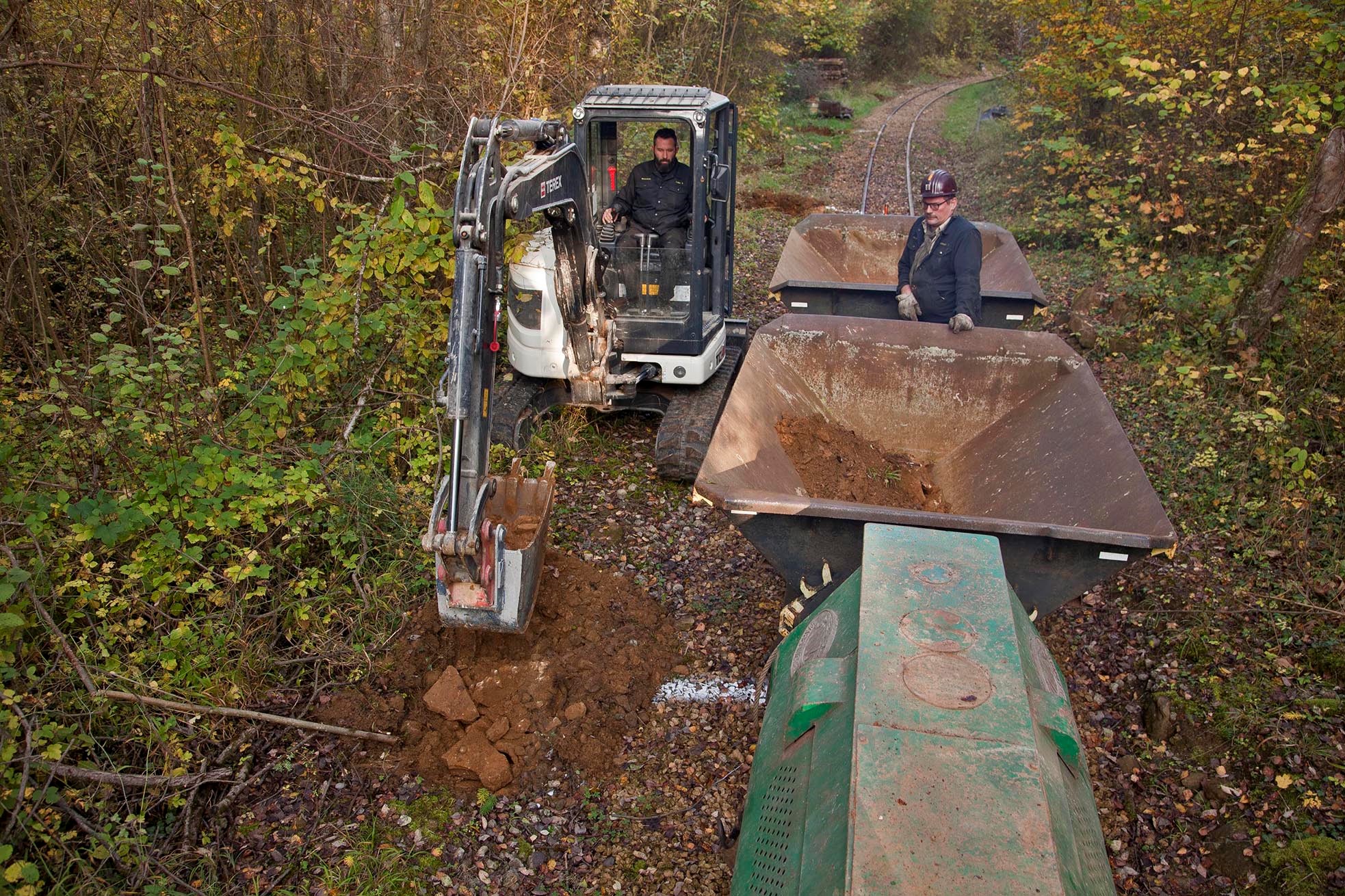 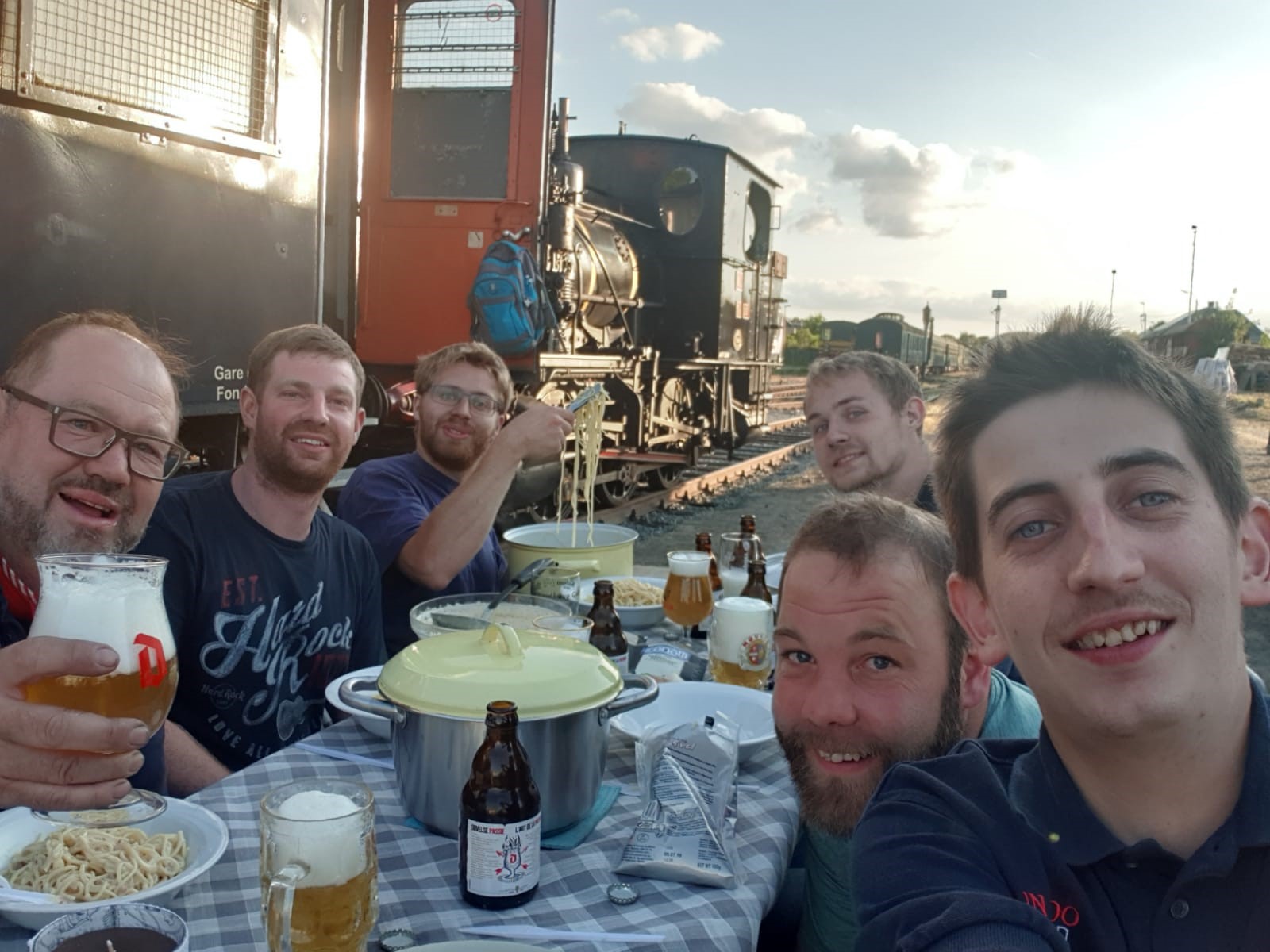 Last weekend, the Train 1900 T3 steam engine took part in the steam festival organised in Belgium by the “Stoomtrein Dendermonde-Puurs” association. This was the third time that the volunteers of the Train took part in the festivities known as “Scheldeland in Stoom”.

On Friday evening, the T3 locomotive (the oldest steam locomotive in Luxembourg dating from 1891) was presented to a crowd of impressed journalists before making several trips on a route of more than 10 km through picturesque villages.

Throughout the day on Saturday, a large number of visitors were able to admire two magnificent steam locomotives, visit the workshop where the old machines are cared for or make purchases from the many merchants. In the station, INFRABEL (the Belgian railway infrastructure management company) gave demonstrations of its machines, such as a spectacular railway gondola that allowed visitors to observe the station from a great height. The day ended with a barbecue for the participants, who were all happy to be able to get together for a well-deserved meal.

On Sunday, a rally of cars, trucks and tractors crossed the railway line allowing visitors to admire and photograph a wonderful mix of old trains and vehicles.

The T3 locomotive and its valiant crew have endured the trip to the ‘flat country’ and are now back at the Fond-de-Gras to take music lovers to the Blues Express.

Hope to see you there.

P.S.: A big thank you to all the Belgian colleagues, to all those who participated in this trip, as well as to the members who, in parallel to this event, “kept the shop” at the Fond-de-Gras.