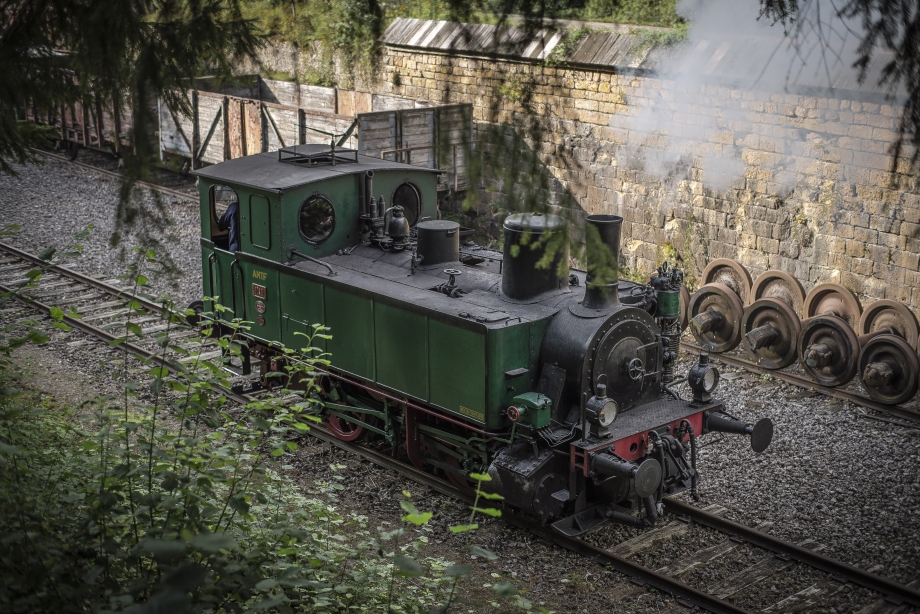 In 1900, the locomotive ADI 8 and its “twin sister”, ADI 9 are put into service in the ARBED factory of Differdange. These are the locomotives that the company will use the longest. When the steel mill replaced the steam locomotives in 1973, it rented the locomotive ADI 8 to the Municipality of Pétange to mount the tourist train project at Fond-de-Gras. Transported first by rail from Differdange to Pétange, the journey to the Fond-de-Gras is partly trucked, because at the time the railway ends at the place called “Fuussbësch”.
It was only in the 1990s that the association definitely took possession of the locomotive. It is therefore the first steam engine of the association that gives the name “Train 1900” to the association.