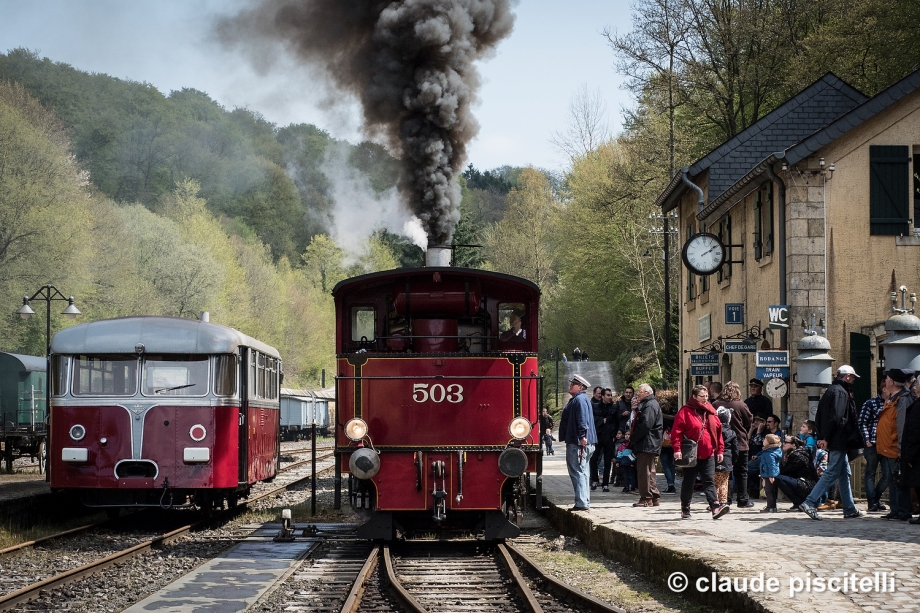 Locomotives of the type Cockerill 503 are appealing because of their low purchase price and cheap maintenance costs. It takes only one person to heat and run the locomotive. The locomotive can be warmed up in 90 minutes, whereas other machines need up to 4 or 5 hours of preparation. These locomotives were built by Cockerill S.A. in Belgium. The company was renowned for its vertical boilers, which were exported in large numbers: between 1871 and 1950, 942 were sold in more than 20 countries.

In 1997, Caroline and Jean-Marie Thill-Boon embarked on a quest to find a Cockerill 503 locomotive. They came across them all over Europe: in Belgium, France and even England. However, they are either all in a too bad condition or the owner is not willing to sell them.

They find two locomotives at a collector’s in Maldegem (B). An initial visit did not convince them to make an offer for the locomotives, which were in poor condition. They continued their search for several years and finally contacted the owner, who made them an offer for both locomotives. Their investment proved to be a good one, as the components of the first locomotive could be used to repair the other one.

The Cockerill 503, built in 1920, is in service for a long time in the ABR workshop in Manage (B) near Charleroi. In 1968, the steam locomotive is replaced by a diesel locomotive. It was then bought by the collector and scrap merchant “De Lille” in Maldegem and deteriorated in the cold and rain until 1999.

After the locomotives were bought in 1999, it took a lot of patience to find a suitable workshop. In view of its poor condition, the locomotive is repeatedly rejected. Finally, a Slovakian workshop declared itself willing to do the work, at a reasonable price and in a relatively short time. However, a completely new boiler still had to be built. This could be carried out in the Czech Republic, more precisely at ZVU Potez in Hradec Kralove.

Thus, since 2002, visitors have been able to admire it in Fond-de-Gras. As it is quite small and, with its weight of 15 tonnes, also quite lightweight, it can sweep easily (probably a big word for a locomotive?) and therefore regularly takes part in events not only in Luxembourg, but also in Belgium, France and Poland. 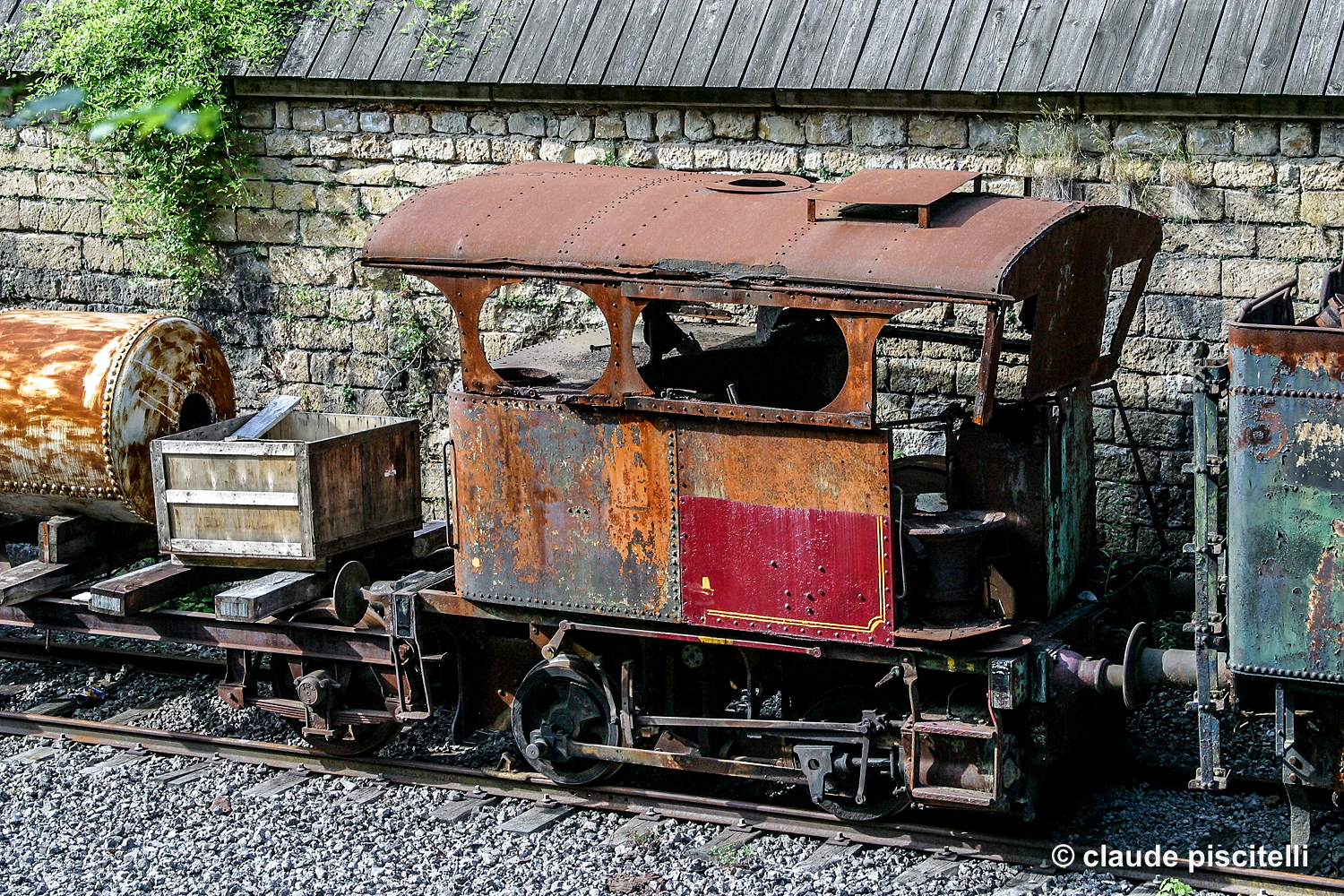