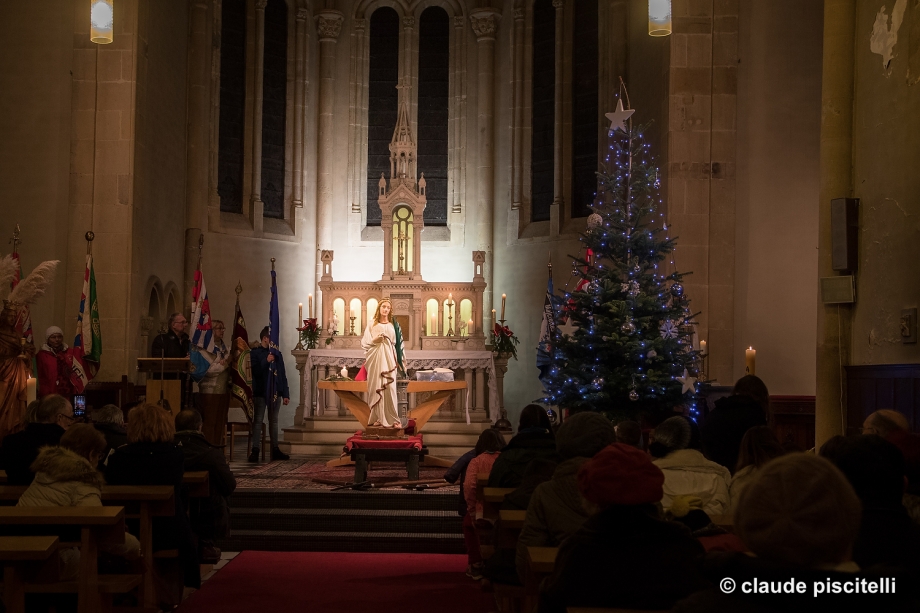 According to legend, Saint Barbara lived in Nicodemia (now Turkey) in the 3rd century AD. As a teenager, she turned to Christianity, which displeased her father Dioscurus. To keep Barbara away from Christian influences, he locks her up in a tower. Despite her isolation, Barbara continues her spiritual journey and, in order to prove her faith, has a third window cut into the tower to symbolise the Trinity. Succeeding in escaping from the tower, Barbara finds refuge under a rocky promontory that opens up before her, inviting her to take refuge there. Unfortunately for her, a shepherd tells her father where his daughter is hiding. Taken before the governor Marcian, Barbara is sentenced to be beheaded. Her own father carries out the sentence and as his daughter’s head comes off, he dies in turn, struck by lightning. Celebrated on 4 December, Saint Barbara is the patron saint of miners, but also of firemen, mine-clearers, artillerymen and fireworkers, among others.