“SCHLAMMENFELD” – FROM AN OPEN-PIT MINE INTO A NATURE RESERVE, part 2 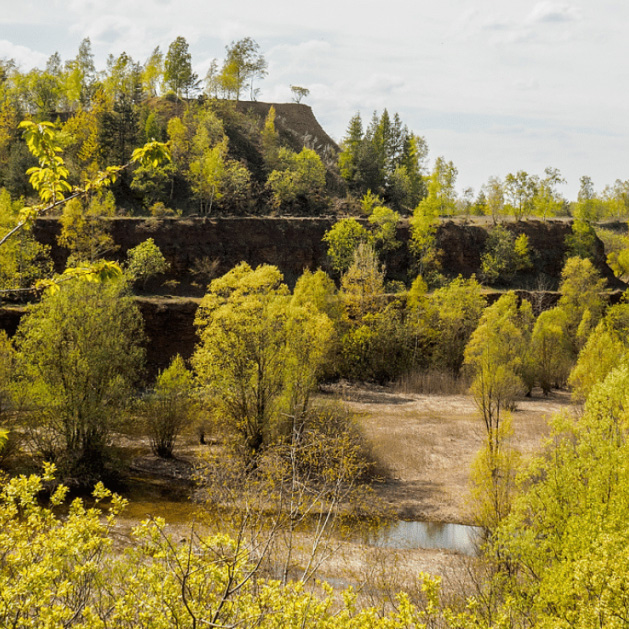 As early as 1950, the wealth of flora and fauna that had developed in the no longer mined areas of the opencast mine could be noticed: at that time, specialists from the Royal Botanical Society of Belgium came to admire the treasures.

After the opencast mine was finally closed down in 1978, environmentalists campaigned to turn the area into a nature reserve.

On 20 November 1991, the „Schlammenfeld“/“mud field“ was placed under national protection and declared a nature reserve. It is the first former opencast mine in Luxembourg to bear this designation. Since then, other similar areas have followed, notably in the municipalities of Dudelange, Rumelange, Kayl, Schifflange and Esch-Sur-Alzette. These areas have the same characteristics (dry grasslands) and they are home to a large number of rare animals and plants, including numerous orchids, several species of bats, amphibians and reptiles, butterflies and birds. Incidentally, the „Schlammenfeld“ nature reserve is one of the richest in species in the country. To name just a few:

At the „Schlammenfeld“, the hiker is lucky to still be able to clearly see the terraces and mining fronts created by mining. No matter what time of year, this nature reserve never ceases to amaze with its varied landscape.

With a total area of 255 ha, the nature reserve comprises a core zone and a buffer zone. The high value of the area has also been under European protection since 2004. A protected habitat area of 1,156 ha is part of the European Natura 2000 network.

To complete this article, we spoke to Mr Jan Herr.

After studying biology/ecology, Jan Herr became involved with the ANF in 2009 and since 2018 has been responsible, among other things, for the conservation of the „Giele Botter“ nature reserve.

Jan Herr explains to us that in order to preserve the primary grass (dry grasslands), the areas must be maintained, otherwise natural succession will lead to the development of true forests. Keeping these unique landscapes intact is very important, among other things for species conservation. These biotopes are quite rare. This is because in other parts of Luxembourg and Europe, many dry grasslands were either used too intensively and the biodiversity disappeared, or they were neglected and turned into traditional forests. To achieve this, the ANF is introducing, among other things, wandering sheep to graze the various nature reserves in the former mining area. 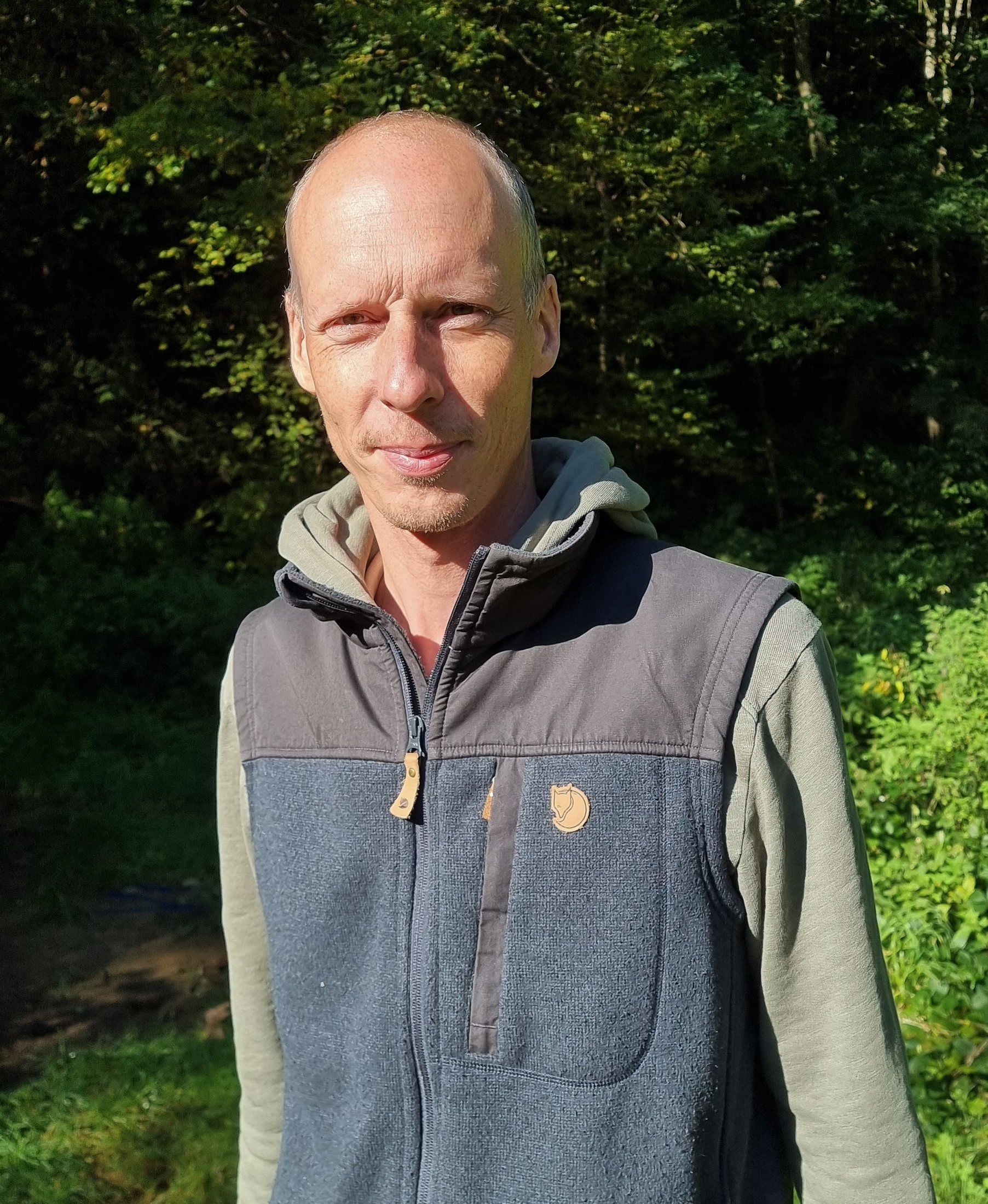 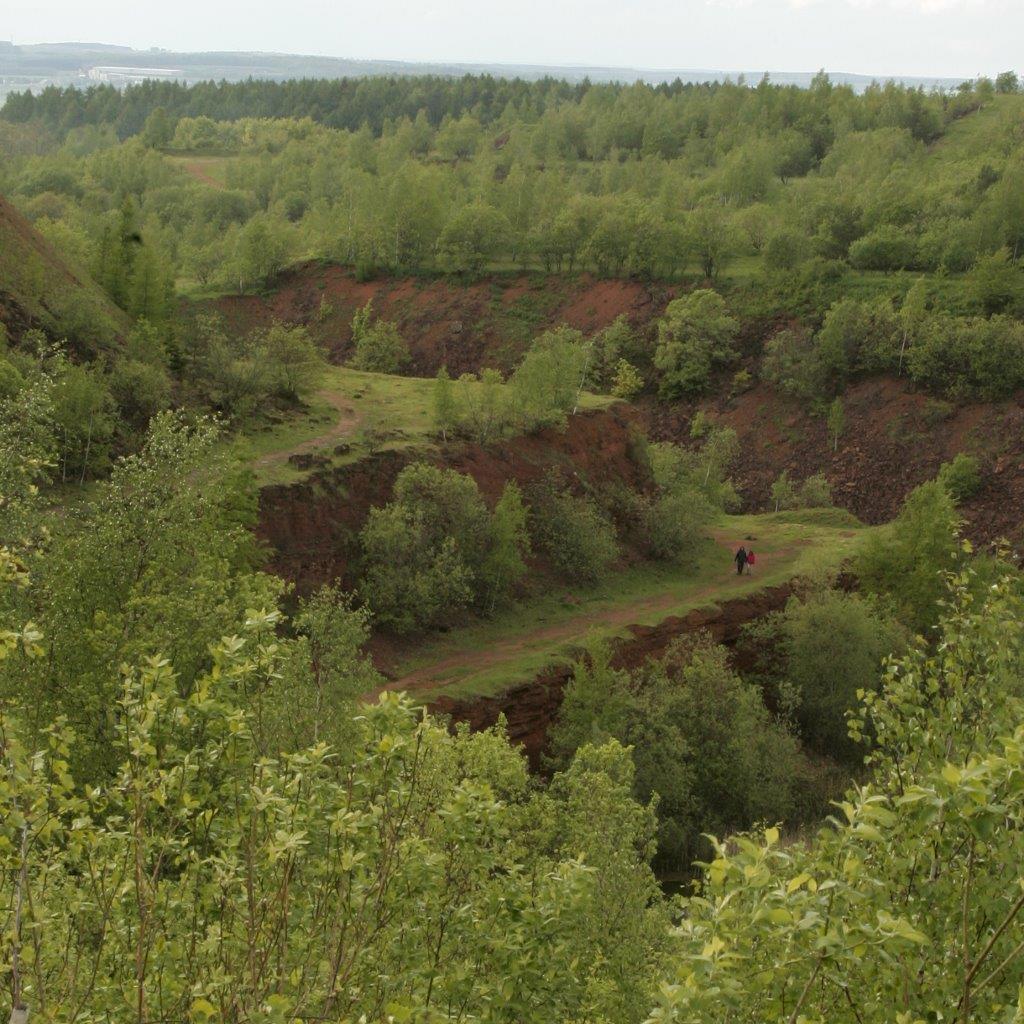 One of the tasks of the ANF is to sensitise the population to respect the nature reserves well when they go hiking. Jan Herr, reminds us of some important rules to protect the flora and fauna:

Although Luxembourg is known for its nature, only 4% of the areas have been declared nature reserves.

Many thanks to Jan Herr for his valuable contribution.