“SCHLAMMENFELD” – FROM AN OPEN-PIT MINE INTO A NATURE RESERVE, part 1 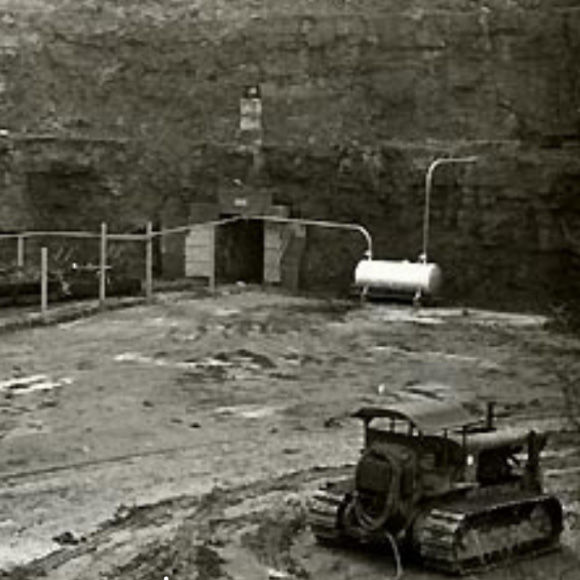 When people talk about mining, they often think of underground tunnels. However, there was another way to mine the ore in our region: opencast mining. Very close to Fond-de-Gras is one of these old opencast mines, commonly known as „Giele Botter“.

On the occasion of the 30th anniversary of its designation as a nature reserve, we present this space to you in three parts this month:

Part 1 The open-cast mine

Legend: Plan of the concession boundaries of the open pit near Fond-de-Gras. In 1870 and 1874, the Luxembourg state declared all deposits that lay at a certain depth to be state property and subjected them to a system of concessions. In the case of the open-cast mine near Fond-de-Gras, this limit is 24 metres. The owner of the land thus retains his property rights to the ore that is less than 24 metres below the surface ©ANF.

Known since the mid-19th century, the iron ore deposit (commonly called „ Minette „ in Luxembourg) was little exploited at the time because it could not be converted into a high-quality product due to its phosphorus content. Thanks to the Thomas process (1877), the phosphorus could be removed from the raw iron, which then became a metal of high quality. The mining of iron ore in underground galleries developed rapidly. It was only after the Second World War that open-cast mines became more common, thanks to the development of earth-moving machinery needed to remove the overburden.

The choice of mining method to be used was based on the relationship between the thickness of the barren overburden to be removed and the iron ore to be mined.

Legend: Entrance to the mine tunnel at the „Schlammenberg“ to reach the Doihl (Rodange)

By 1870, ore was already being mined in small quantities at Schlammenfeld, but it was so expensive to transport that it was not profitable enough to continue. It was not until 1964 that mining was resumed. Underground tunnels were in fact so close to the open pit that it was easy to get to the Doihl and its mine railway (Rodange) by mine railway (a distance of about 5 km). In this area the ore lies more than 30 metres below the surface. 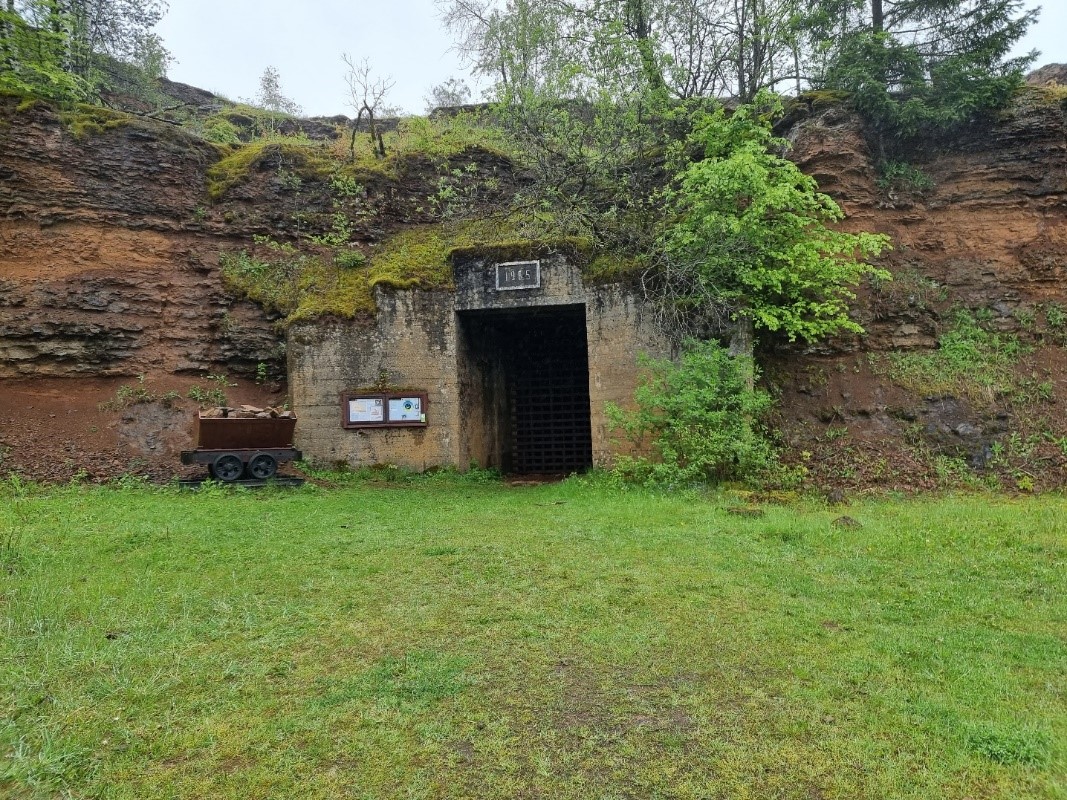 Legend: Scheme for the open pit mine ©ANF

The end of mining

In 1978, mining finally ceased at the „Schlammenberg“/“Mud Hill“. It marked the end of the last open-cast mining in Luxembourg, but the landscape had changed forever. The craziest projects were considered: slag heap, golf course or even a Formula 1 runway.

To complete this article, we met with Mr Charles Storoni. Here is an excerpt from that interview.

Charles Storoni first trained at the „Handwierker Schoul“, the state professional school, and then at the „Ecole des mines“ in Esch-Sur-Alzette to become a mine surveyor. At that time, this four-year training included two days of theoretical lessons and a lot of practice in the field.

He then became a surveyor for the factory in Rodange and thus worked around the Fond-de-Gras, in the underground tunnels and also in open-cast mining. He finished his career at the factory in Differdange.

What is the profession of surveyor?

The surveyor is the architect of the underground. In fact, he determines the direction and the height at which the galleries are dug. He actively measures and monitors the progress of the work in the mine, plans and draws the future routes. The surveyor also takes samples to examine the ore layers for the content of the various components.

The profession developed after the Second World War. Before then, many mines had not employed surveyors or had only occasionally called on such a specialist. Without them, however, the mines were poorly exploited. This is because the miners dug a little indiscriminately and only extracted part of the potential.

Opencast mining has several advantages. It is relatively inexpensive and allows for lower cost prices. Besides the advantage of lower costs, it also offers the advantage of greater safety for workers. Workers can work in the open air without taking certain risks that miners are exposed to underground. Nevertheless, accidents due to landslides have occurred repeatedly in opencast mining, especially after heavy storms or during frost.

Many thanks to Charles Storoni for his valuable contribution.

To be continued in the next episode… 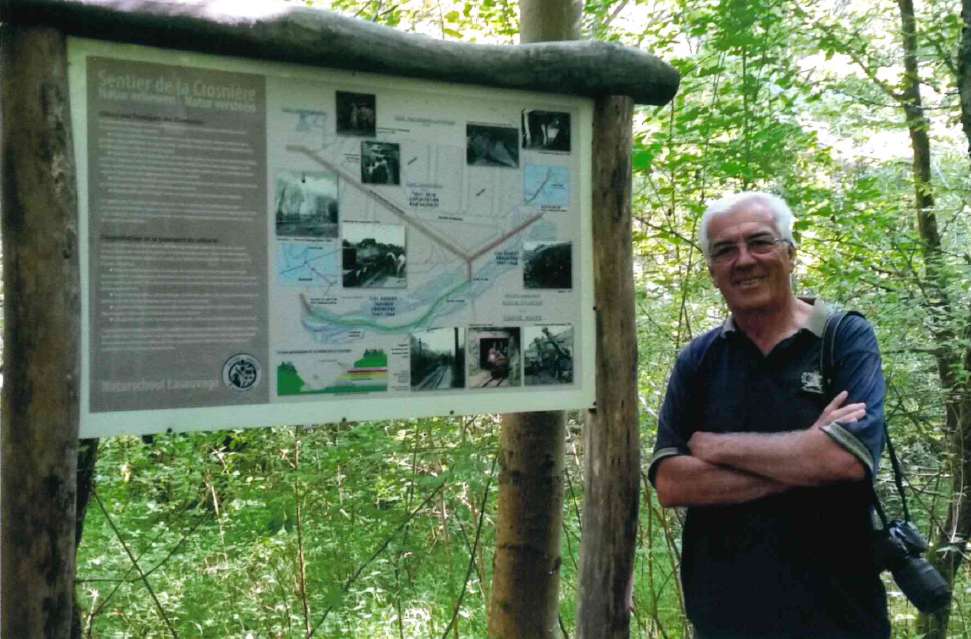