ROMAIN BAUMANN, PRESIDENT OF THE TRAIN 1900 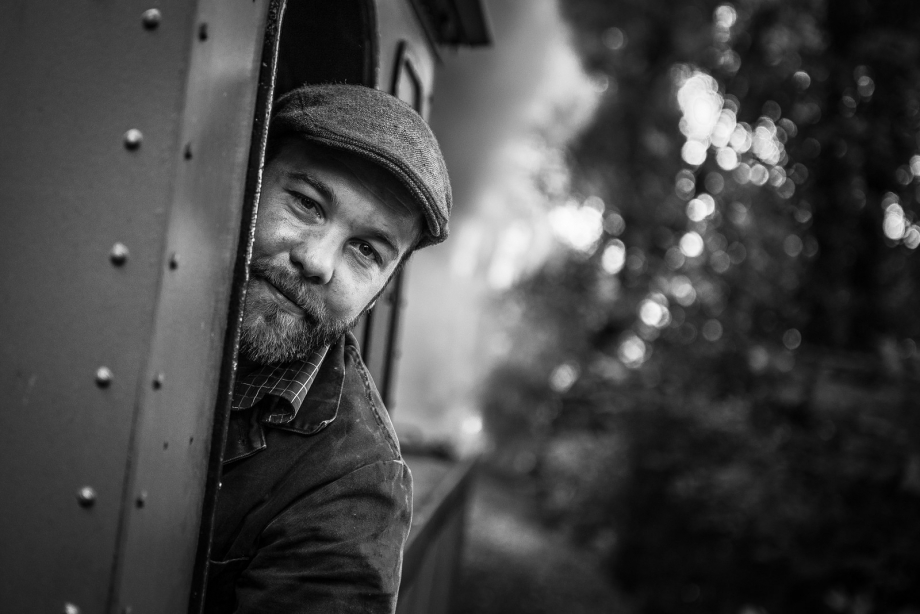 His story in Fond-de-Gras begins at the age of seven. His father Guy takes him to the valley to teach him his hobby: maintaining and running historic trains. Romain starts with small painting jobs, hitching a wagon to the train and other tasks that can be done by a child. Over time, Romain learns to handle more and more tools and manages to take on more specialised tasks. For example, when a diesel locomotive is running on its own, the boy is allowed to brake. It sounds easy, but you have to know the track of the Train 1900, because unlike the conventional railway lines, the Fond-de-Gras line has the steepest gradient in the Grand Duchy. So a certain „flair“ is required.

After exhausting days of work, the volunteers reward Romain with a Coke. What a pleasure! Then the question arises: „Can a child become a member of the association“? In fact, he is the youngest in the team.

Very quickly, his interest drives him to the steam locomotives. At first he sits on the coal box and, if necessary, returns a shovelful of coal to the boiler. But he observes a lot and learns quickly. At 16, he officially becomes a stoker and shortly afterwards passes the Inspection du travail et des mines (ITM) exam. 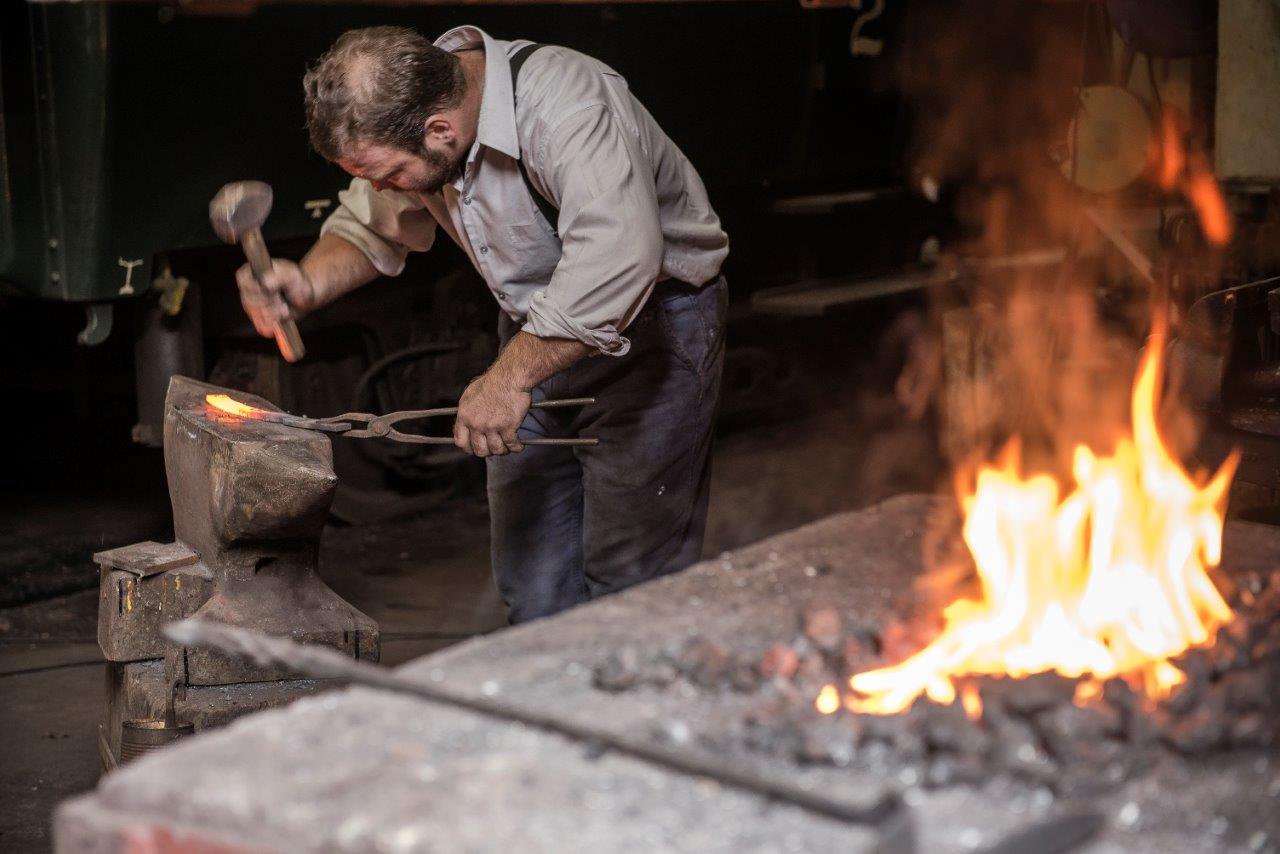 At school, like many young volunteers of Train 1900 today, Romain asks himself questions about his future career. He hesitates to apply for a job with the Chemins de fer luxembourgeois (CFL), but eventually prefers to keep his involvement with Train 1900 as a leisure activity. Indeed, working full time on trains and then spending most of the weekends doing so can be tricky in the long run. After studying economics, he worked as a production supervisor and now as a maintenance technician in the POST sorting centre. Nevertheless, he has attended many evening classes and internal training to learn all the techniques needed for restoration and rail transport, such as welding, blacksmithing and even the official training to run a pub.

The chairman also reports on the administrative work that falls to the association. This is becoming increasingly important. He has now been on the association‘s board for almost 17 years, first as a member and for the last two years as chairman. Some of the tasks that set the rhythm of the season: staff planning, initiating and following up on ongoing projects, meeting with the many partners, etc.

One of the things Romain likes most about Train 1900 is working on locomotive parts. Together with the other members, they identify the possible problem, repair and test until everything works again. The pride when a locomotive or a wagon, on which they have worked intensively for months on every little detail, runs again for the first time is an unforgettable experience.

After work comes rest. Romain also enjoys all the moments he spends with the other volunteers. Trips, parties and other social moments encourage the volunteers to give up a lot of their free time for Train 1900, thus ensuring the continuity of the association. Sometimes the members‘ views diverge, but the exchange makes them „grow“. Because: „Sometimes you make mistakes, but you also learn from others and improve. We all have the same goal: to make the steam train run and see the visitors marvel“.

Romain is pleased with the development of the volunteers. Indeed, when Romain was younger, the Train 1900 had fewer members than today. About 10 to 15 active members came on Wednesday evenings and Saturdays to work and prepare the machines for Sunday traffic. Today there are about 20 to 25 who work very regularly during the week, but mainly on Saturdays and Sundays. The number of young volunteers has also increased well. And the association is always happy to welcome new recruits. So if you are interested, do not hesitate to contact them. 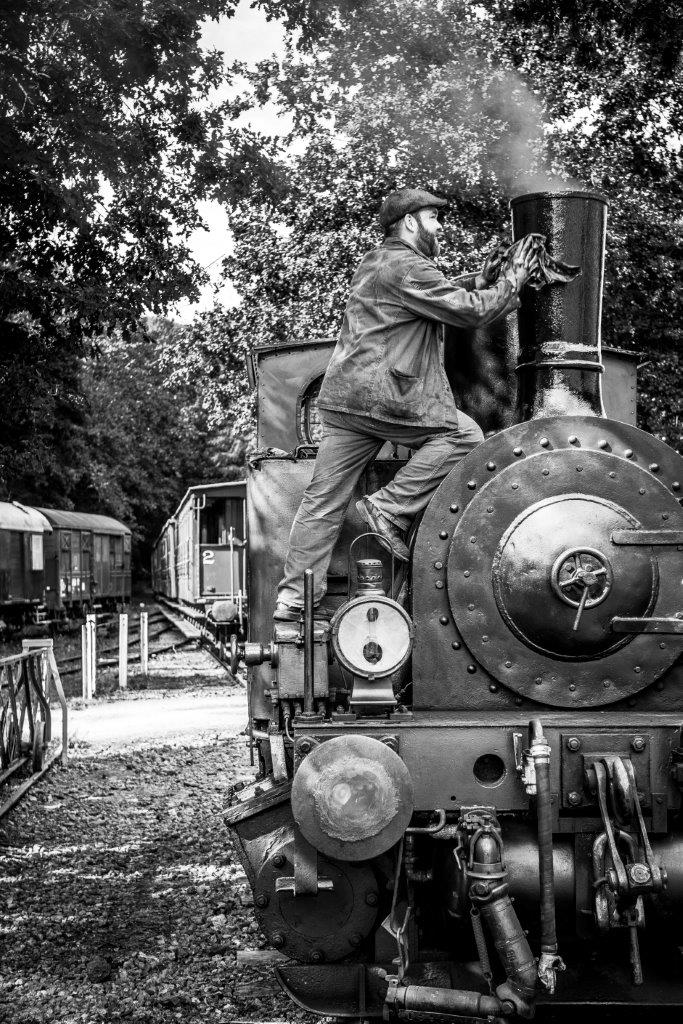