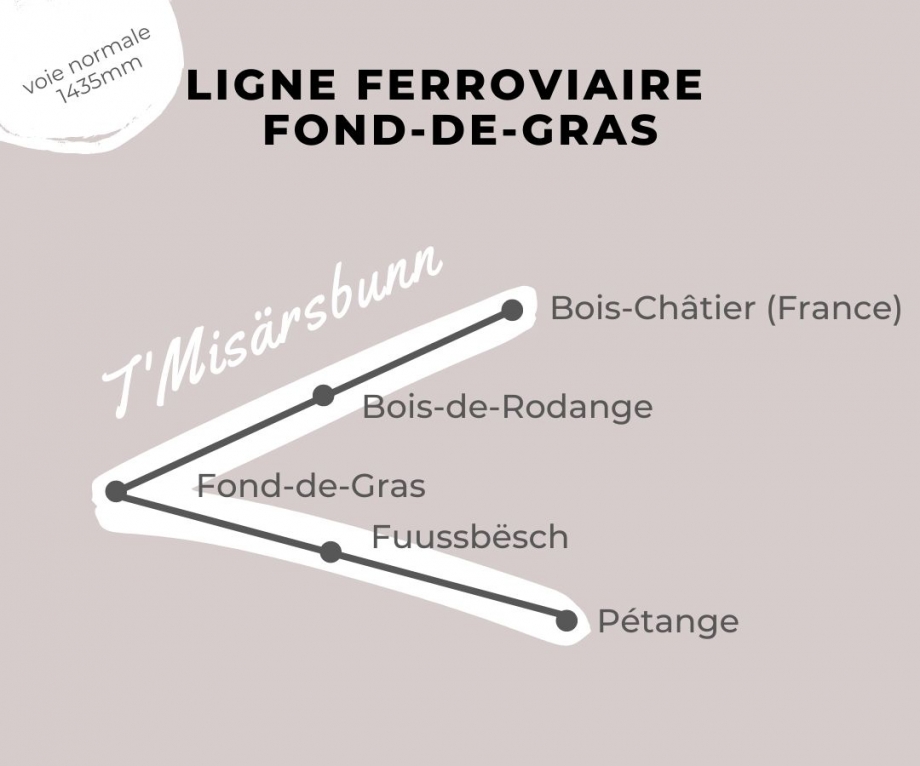 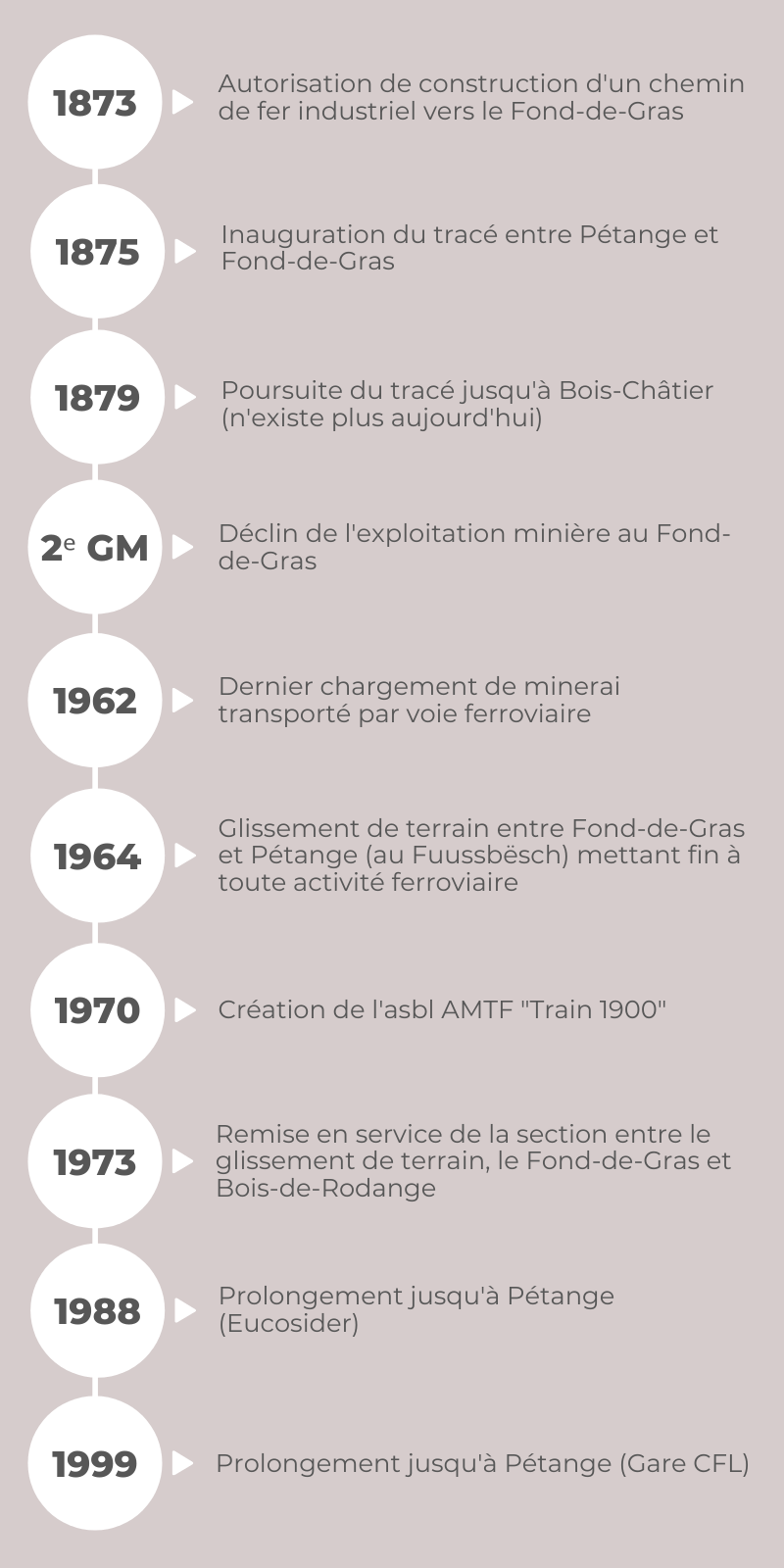 In 1873, the Prince-Henri railway company received permission to build an industrial railway line that would lead to the iron ore mines southwest of Pétange. The first section from Pétange to the village of Fond-de-Gras was opened on 20 December 1875, the rest of the line was under construction at that time. Due to the company‘s financial difficulties, these were discontinued in 1876.

In 1877, the Société anonyme luxembourgeoise des chemins de fer et minières Prince-Henri, which succeeded the previous company after its bankruptcy, took over the construction of the line and continued it in the summer of 1878. On 19 April 1879, the extension to Bois-Châtier, just before the French border, was opened. A turnaround at Fond-de-Gras station was necessary to continue towards Bois-Châtier. At that time, ore was shipped exclusively via private railway sidings.

With the first mine closures during the Second World War, rail traffic began to decline and the last mine train ran in 1962. The Prinzenberg mine continued to ship ore at the Fuussbësch loading point until 31 December 1962; it was the last mine whose ore was still transported by rail. After a landslide in 1964 between Prinzenberg and Schlammenberg (at km 2.2), the line was de facto closed at first, then officially in 1970.

On 4 August 1973, the section from the landslide to Bois-de-Rodange was put back into service and became a tourist line, the Train 1900, operated by the Association des musées et tourisme ferroviaire (AMTF). The AMTF finally bought the line back in 1986, after which it was removed from the national railway network.

The original 9.27 km line is now only operated on 7.3 km from the Pétange-Train 1900 stop to Fond-de-Gras and from Fond-de-Gras to Bois-de-Rodange for the tourist line Train 1900. The last two kilometres to Bois-Châtier were relocated and replaced by a footpath.

The route of this line, which was built sparingly without artificial structures, has numerous curves on the slopes. In addition, from Petingen station in the direction of Fond-de-Gras, a gradient of 23 ‰ (Pourmille) has to be overcome over two kilometres, and many locomotive drivers were glad when they had crossed the „Kopp“ with their wheezing steam locomotive. That is why the railwaymen also called the line „d‘Misärsbunn“ (Misery Line), a corruption of the official name „Mine Line“. Often an additional locomotive had to be used to overcome the gradient. The miners of Fond-de- Gras called it „Goldbunn“ (Gold Line) and believed that all the money that came from these long ore trains would be enough to pay for the railways all over the country.